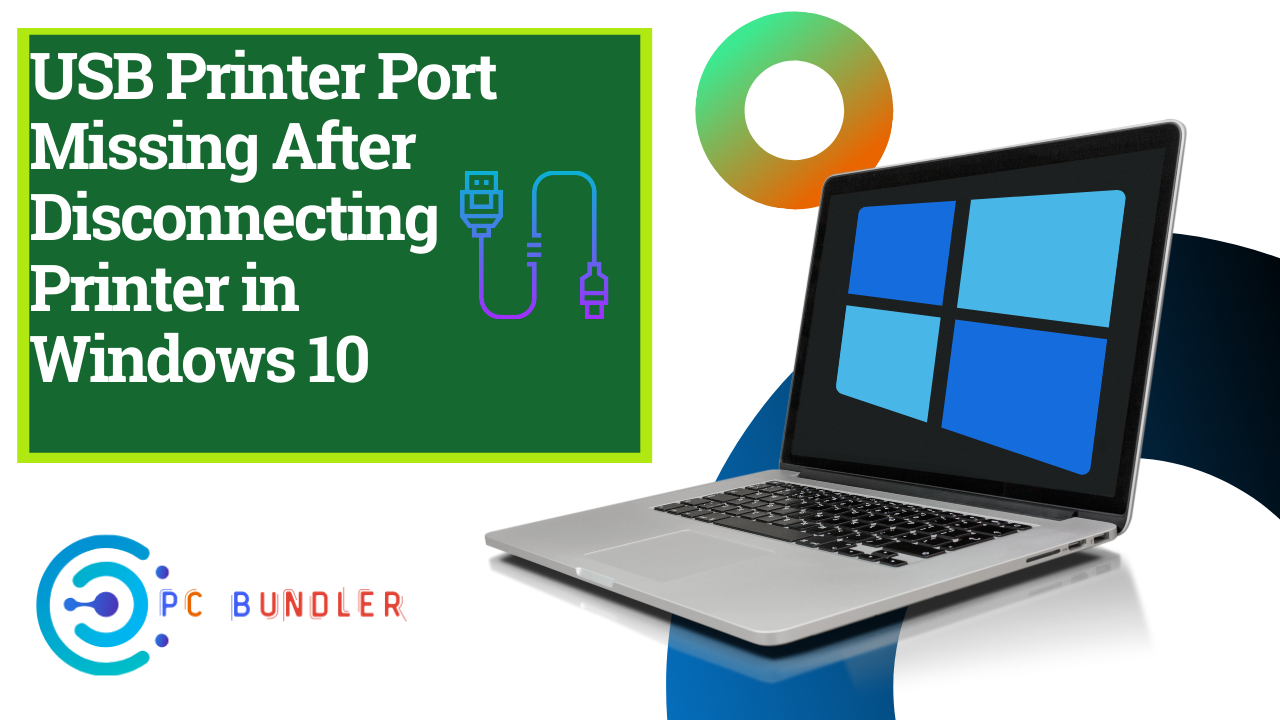 USB Printer Port Missing After Disconnecting Printer in Windows 10 Overview: Every Windows version has its own set of issues, and there are some which take a long time to resolve. One such error is where the USB printer goes missing. It applies to Windows 10 1903 and Windows 10 2004. The exact error message is:

USB printer port missing after disconnecting printer while Windows 10 is shut down.

In this post, we will show how you can resolve this issue using a workaround.

Contents hide
1 USB printer Port Missing after Disconnecting Printer
2 Workaround for USB Port Missing error
2.1 Read More: How to Resize the Start Menu and Taskbar in Windows 10
2.2 How To Install USB Printer In Windows 10 [Video Guide]
2.3 That said, there are two causes of the problem.
2.4 Related Posts With Guides
2.5 Related Posts:

In this scenario, if a user shutdown Windows while the USB printer is connected or directly disconnects the printer, then it will not be available in the list of printer ports when reconnected or when the computer is restarted. So the problem is that the port goes missing, and if Windows tries to complete any task that requires that port, it will not work.

If you check for the USB port associated with that printer, it will be missing. The affected printer and the USB port that it is connected to should not be displayed on the page.

The resolution is straightforward, all you need to turn on the printer before starting Windows and keep it connected over USB. Windows will automatically detect the printer and the port associated with it. If you are using the port for something else, it will be available.

Read More: How to Resize the Start Menu and Taskbar in Windows 10

You will have to keep repeating this unless the workaround becomes available. It will become available to Windows users via the update.

How To Install USB Printer In Windows 10 [Video Guide]

Another workaround can be if you have a router with a USB port. You can connect to the router, and access it through the network. It essentially relieves you from making sure to keep the printer all time.

That said, there are two causes of the problem.

The technical background for the problem is that they seem to be using USB Redirection Feature, where instead of the local port, a virtual port is in use.