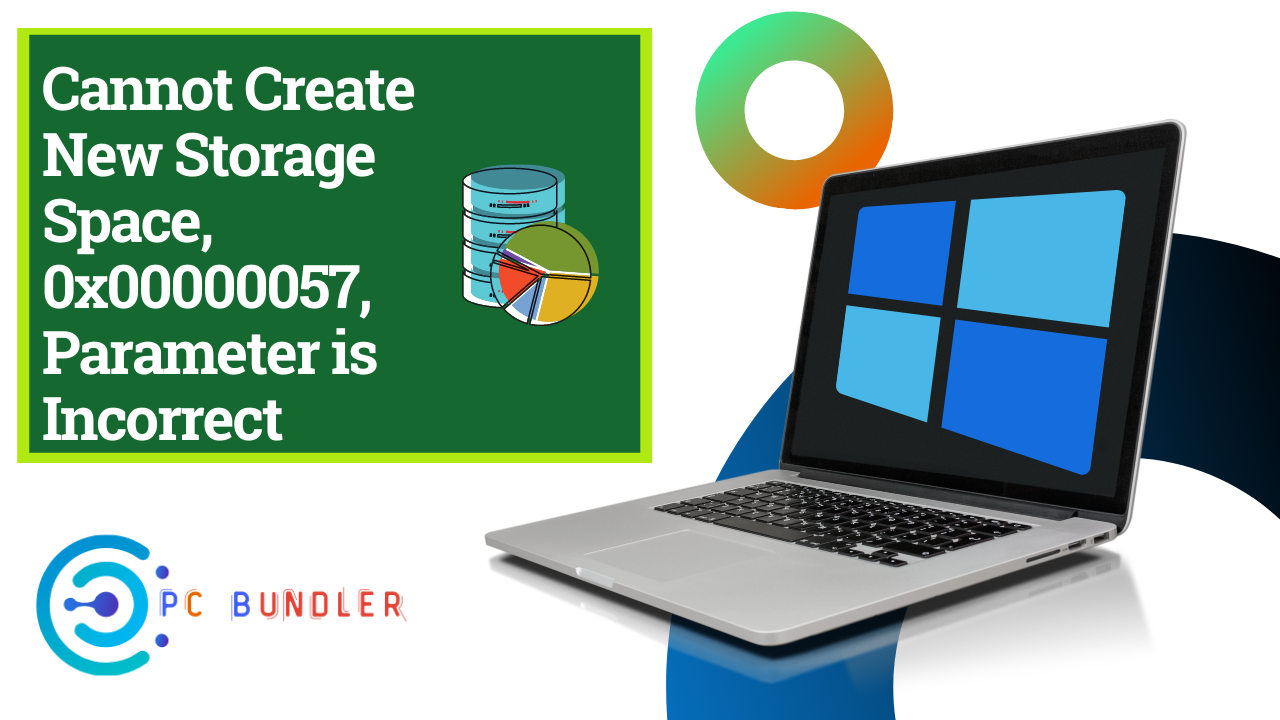 Cannot Create New Storage Space Overview: Windows Storage Space is a function in Windows 10 that allows you to take a backup of files in the case of a drive failure. However, if you are getting an error with the message “Error (0x00000057): The parameter is incorrect with storage space“, then in this post, we will share the solution for this.

The error appeared in Windows 10 2004 update and is a known bug that has been acknowledged as a bug by the Microsoft Team. So if you are facing the same problem, just follow the steps given in this article.

The error occurs when a user tries to create a new storage space into an existing pool or when creating a new pool so they can retain the extra copies.  The complete error message goes as:

The graphical interface for managing Storage Spaces in Windows 10 version 2004 fails when creating a storage pool with another error “Can’t prepare drives – the parameter is incorrect”.

The same error was reported in the Reddit forum as well. The user shared his experience, where he noticed the contents of some of the files went corrupt. It happened after upgrading to Windows 10 2004 upgrade. When the CDKDSK tool was used, it reported more problems with a resulting message saying.

1] Restore From an Oolder Backup

The best method is to restore from a week old back or a day earlier before you upgraded to the Windows 10 feature update.  It will make sure there is no inconsistency among the files. Always make sure to run the CHKDSK tool to check for any inconsistency.

Read More: Cannot Open or Save files in OneDrive folder in Windows 10 [Fixed]

It is also recommended to lock the parity drive to read-only mode for now.  If you’re restoring your images to your parity drive, that’ll probably keep introducing more corruption as you make changes.

CHKDSK tool checks the file system and file system metadata of a volume for logical and physical errors. So once you run it, the file system will become consistent again, but you will have to manually check if the data after the check is incorrect or not.

Windows PowerShell offers cmdlets that can create new Storage Space. So until the interface is fixed, you can follow this method. As a warning, you should have a clear understanding of what you are doing here and execute the commands correctly. Since we will not delete anything, the existing storage space is safe. These are the three things you need to use the commands.

You will have to launch PowerShell with Admin permission and an admin account to execute the commands.

So until you keep facing the issue and Microsoft rolls out a fix, use this command to create a new pool. Also, make sure to keep the backup as read-only.